What Is Entanglement and Why Is It Important?

Entanglement is at the heart of quantum physics and future quantum technologies. Like other aspects of quantum science, the phenomenon of entanglement reveals itself at very tiny, subatomic scales. When two particles, such as a pair of photons or electrons, become entangled, they remain connected even when separated by vast distances. In the same way that a ballet or tango emerges from individual dancers, entanglement arises from the connection between particles. It is what scientists call an emergent property.

How do scientists explain quantum entanglement?

If the researcher measures the direction of one particle's spin and then repeats the measurement on its distant, entangled partner, that researcher will always find that the pair are correlated: if one particle's spin is up, the other's will be down (the spins may instead both be up or both be down, depending on how the experiment is designed, but there will always be a correlation). Returning to our dancer metaphor, this would be like observing one dancer and finding them in a pirouette, and then automatically knowing the other dancer must also be performing a pirouette. The beauty of entanglement is that just knowing the state of one particle automatically tells you something about its companion, even when they are far apart.

Are particles really connected across space?

But are the particles really somehow tethered to each other across space, or is something else going on? Some scientists, including Albert Einstein in the 1930s, pointed out that the entangled particles might have always been spin up or spin down, but that this information was hidden from us until the measurements were made. Such "local hidden variable theories" argued against the mind-boggling aspect of entanglement, instead proposing that something more mundane, yet unseen, is going on.

Thanks to theoretical work by John Stewart Bell in the 1960s, and experimental work done by Caltech alumnus John Clauser (BS '64) and others beginning in the 1970s, scientists have ruled out these local hidden-variable theories. A key to the researchers' success involved observing entangled particles from different angles. In the experiment mentioned above, this means that a researcher would measure their first particle as spin up, but then use a different viewing angle (or a different spin axis direction) to measure the second particle. Rather than the two particles matching up as before, the second particle would have gone back into a state of superposition and, once observed, could be either spin up or down. The choice of the viewing angle changed the outcome of the experiment, which means that there cannot be any hidden information buried inside a particle that determines its spin before it is observed. The dance of entanglement materializes not from any one particle but from the connections between them.

A common misconception about entanglement is that the particles are communicating with each other faster than the speed of light, which would go against Einstein's special theory of relativity. Experiments have shown that this is not true, nor can quantum physics be used to send faster-than-light communications. Though scientists still debate how the seemingly bizarre phenomenon of entanglement arises, they know it is a real principle that passes test after test. In fact, while Einstein famously described entanglement as "spooky action at a distance," today's quantum scientists say there is nothing spooky about it.

"It may be tempting to think that the particles are somehow communicating with each other across these great distances, but that is not the case," says Thomas Vidick, a professor of computing and mathematical sciences at Caltech. "There can be correlation without communication," and the particles "can be thought of as one object." 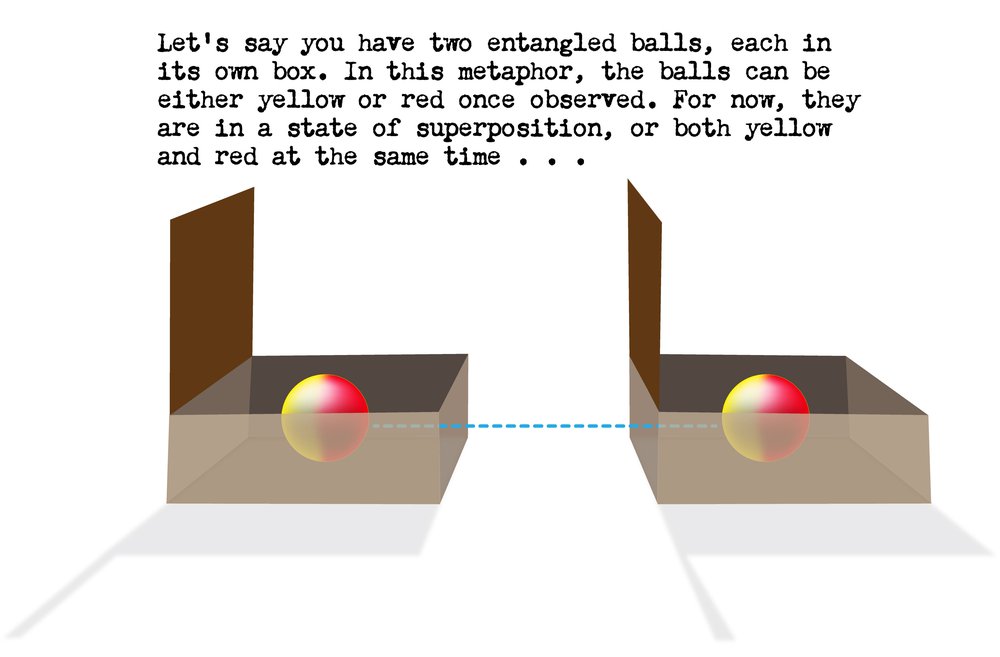 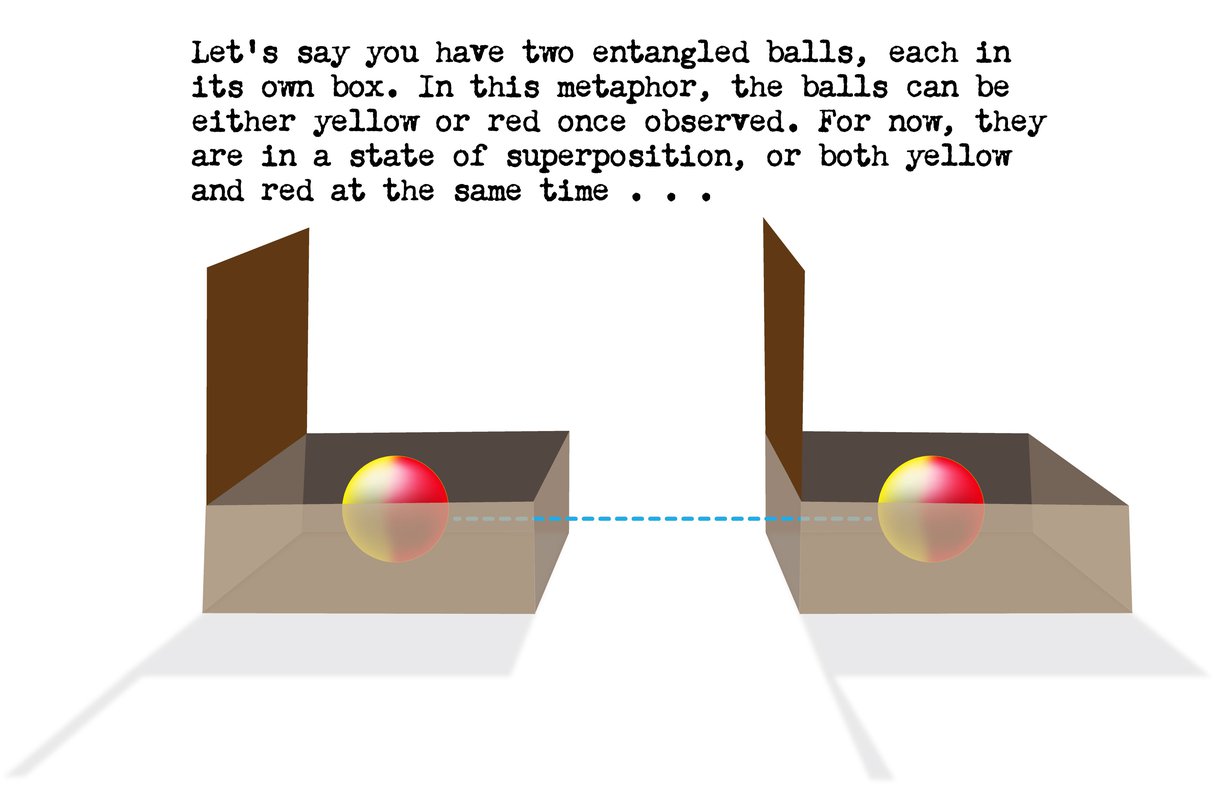 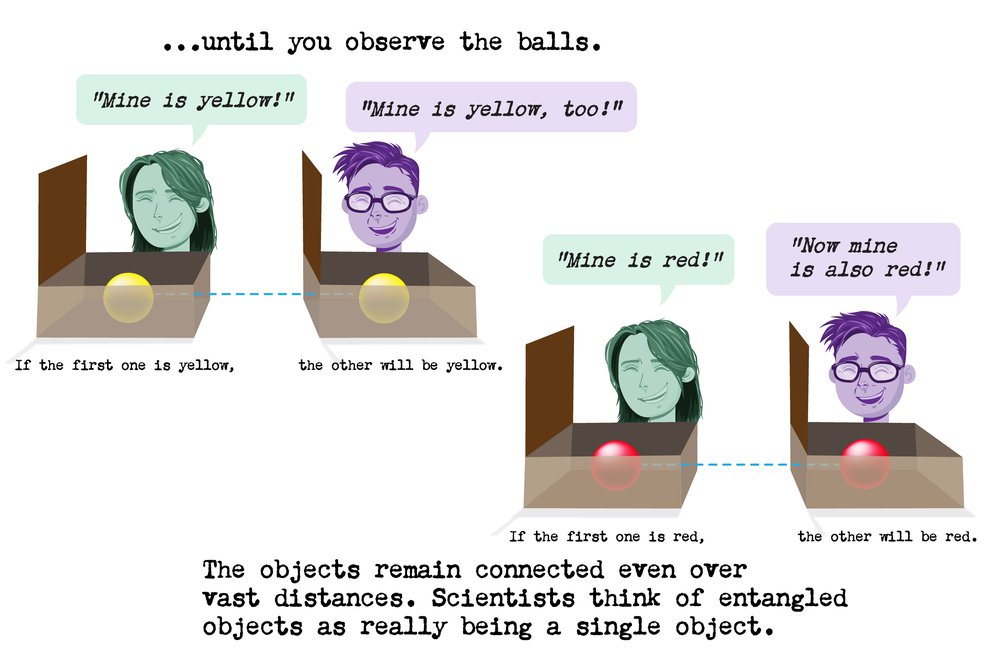 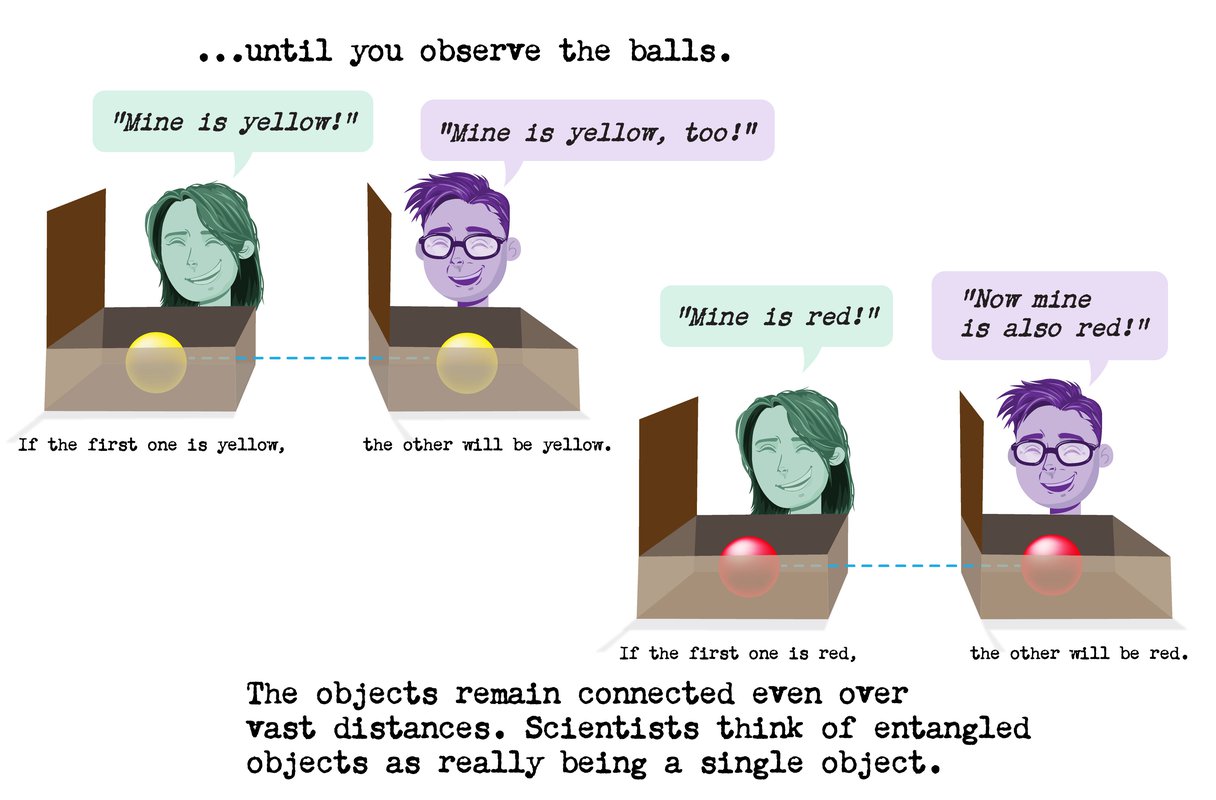 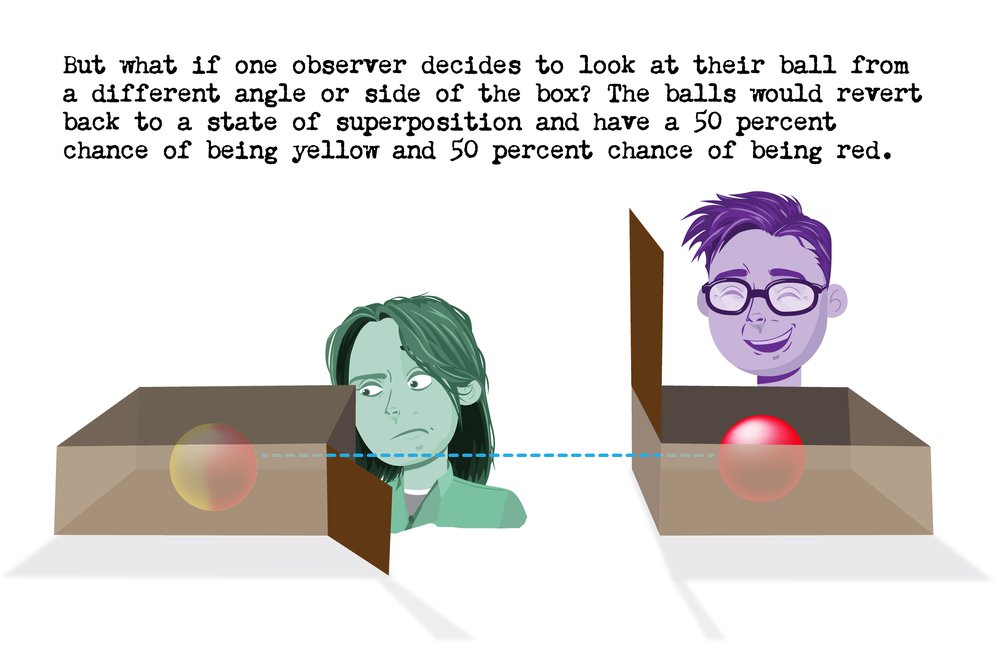 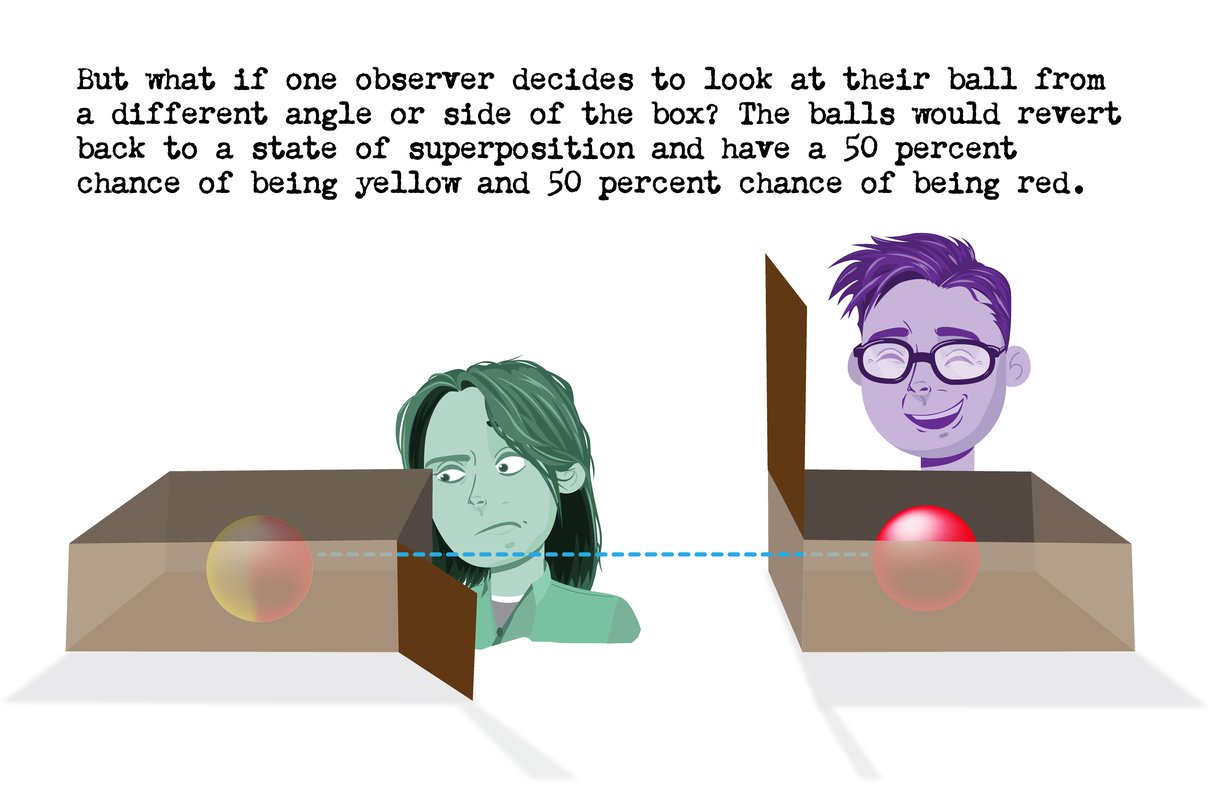 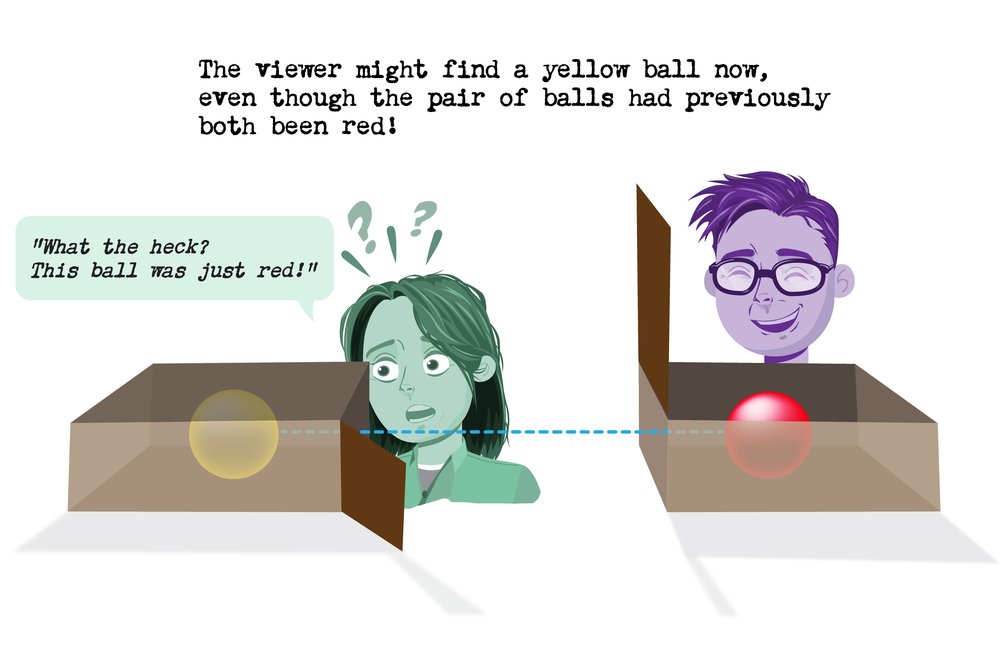 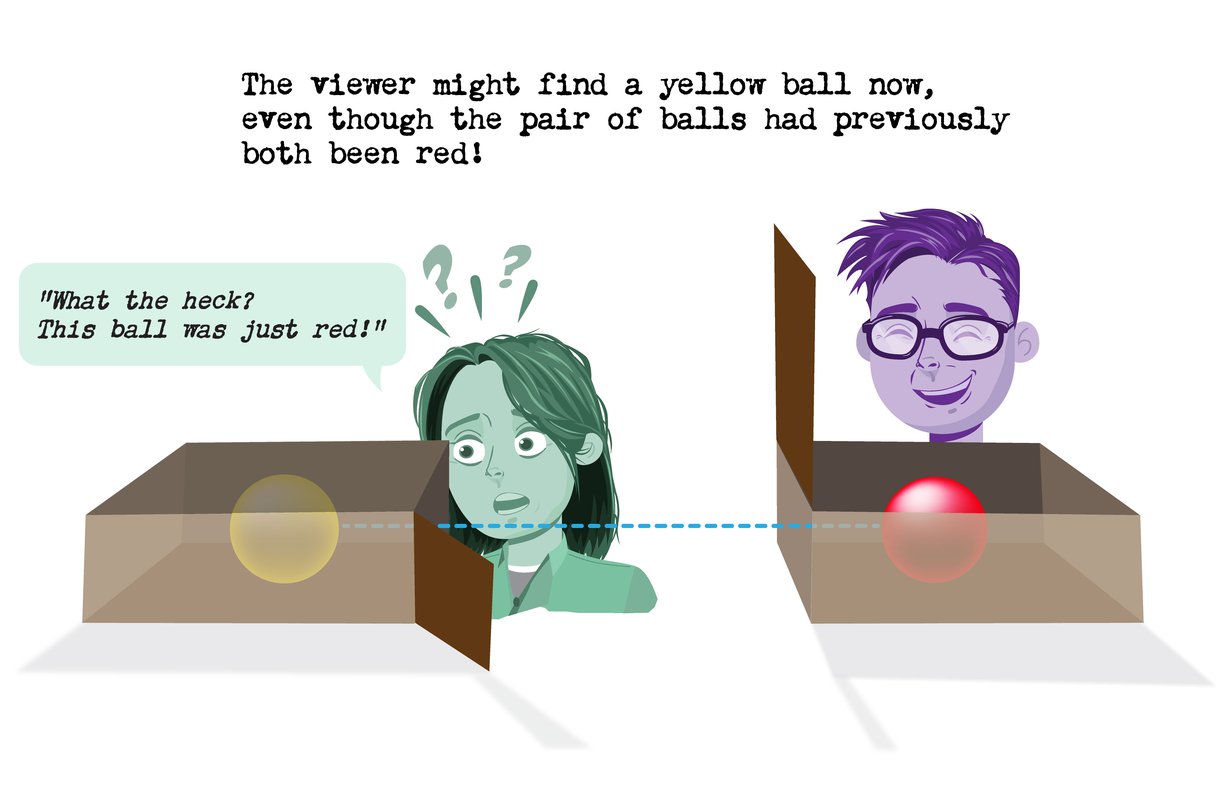 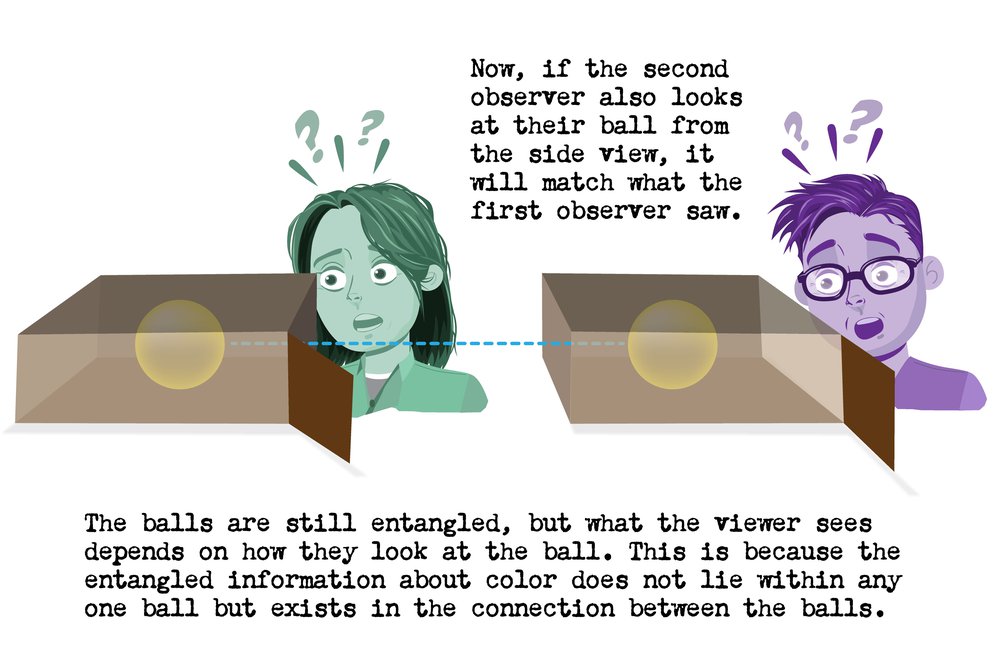 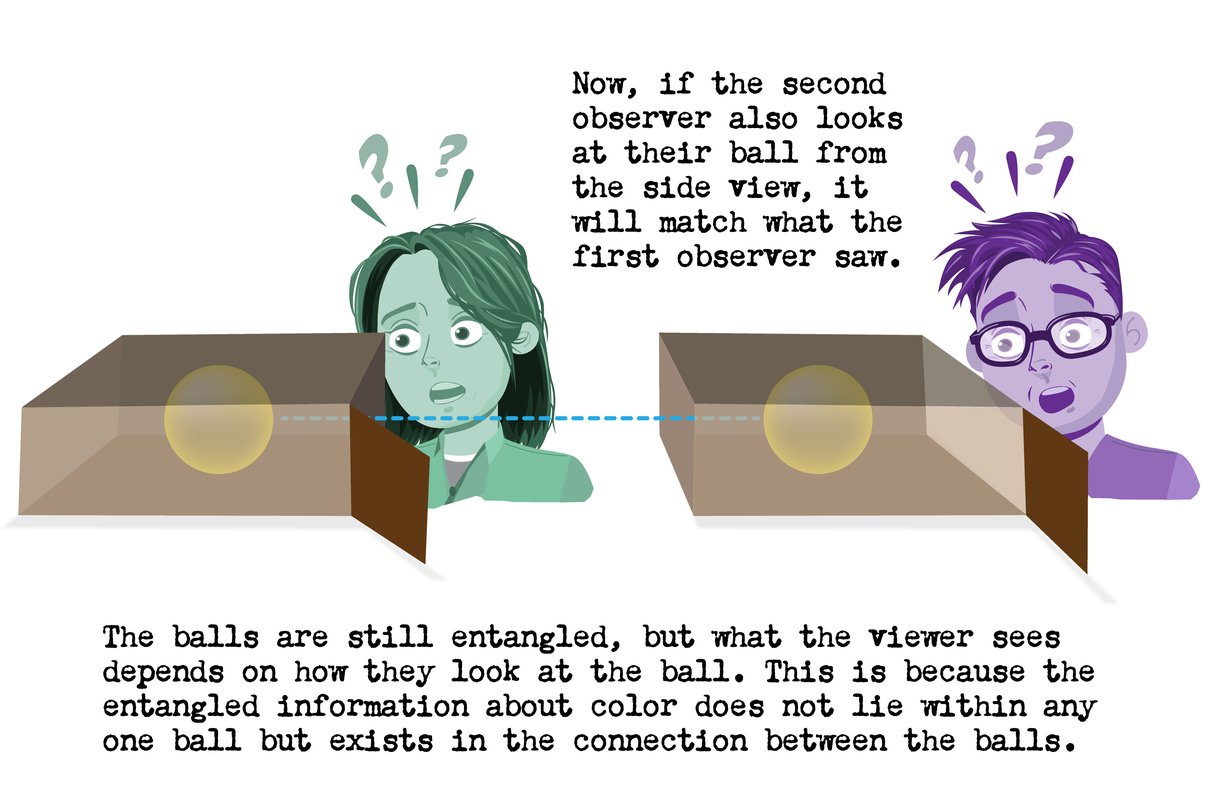 Entanglement can also occur among hundreds, millions, and even more particles. The phenomenon is thought to take place throughout nature, among the atoms and molecules in living species and within metals and other materials. When hundreds of particles become entangled, they still act as one unified object. Like a flock of birds, the particles become a whole entity unto itself without being in direct contact with one another. Caltech scientists focus on the study of these so-called many-body entangled systems, both to understand the fundamental physics and to create and develop new quantum technologies. As John Preskill, Caltech's Richard P. Feynman Professor of Theoretical Physics, Allen V. C. Davis and Lenabelle Davis Leadership Chair, and director of the Institute for Quantum Information and Matter, says, "We are making investments in and betting on entanglement being one of the most important themes of 21st-century science."

Proving that Quantum Entanglement is Real